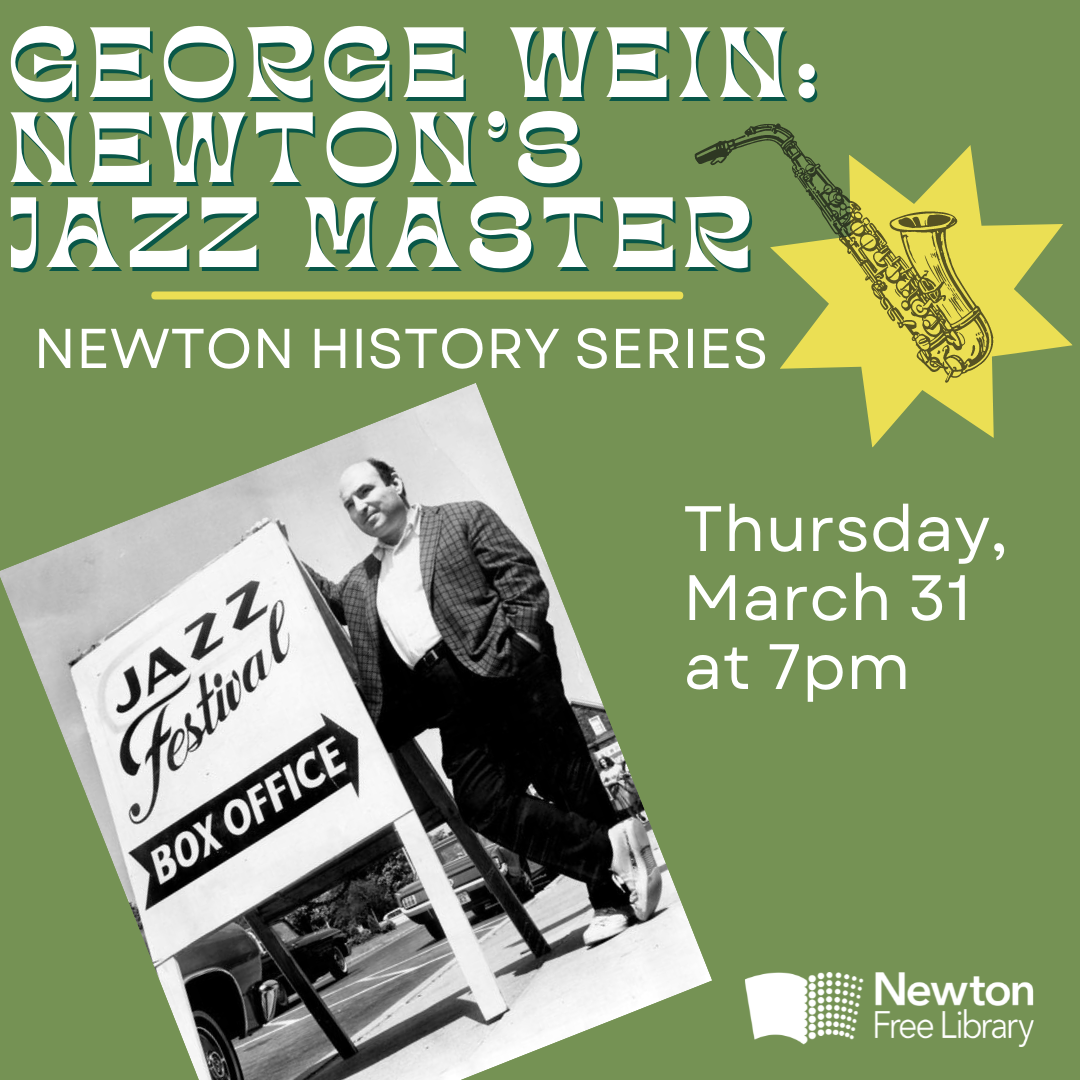 Join jazz critic and Newton resident Bob Blumenthal for program on the life and achievements of George Wein (1925-2021), the founder of the Newport Jazz Festival. A Newton native, Wein was a pianist, bandleader, educator, nightclub proprietor and producer of concerts and festivals worldwide. Named a Jazz Master by the National Endowment of the Arts in 2005, Wein is best known for pioneering the contemporary music festival. In a career that spanned three quarters of a century, he presented every major figure in the jazz world and worked tirelessly to expand the music’s national and international audience.

Bob Blumenthal is the recipient of a Lifetime Achievement Award from the Jazz Journalists Association. Blumenthal was one of six commissioners for the Recording Industry Association of America who selected the White House Record Library. He has written hundreds of album notes, and won two Grammy awards for best album notes. He is the author of Jazz: An Introduction to the History and Legends Behind America’s Music and Saxophone Colossus: A Portrait of Sonny Rollins, in collaboration with photographer John Abbott.

Registration for this program will end two hours before the start time. The login information will be sent just after registration closes. Please be sure to check your spam folder in case it lands there.