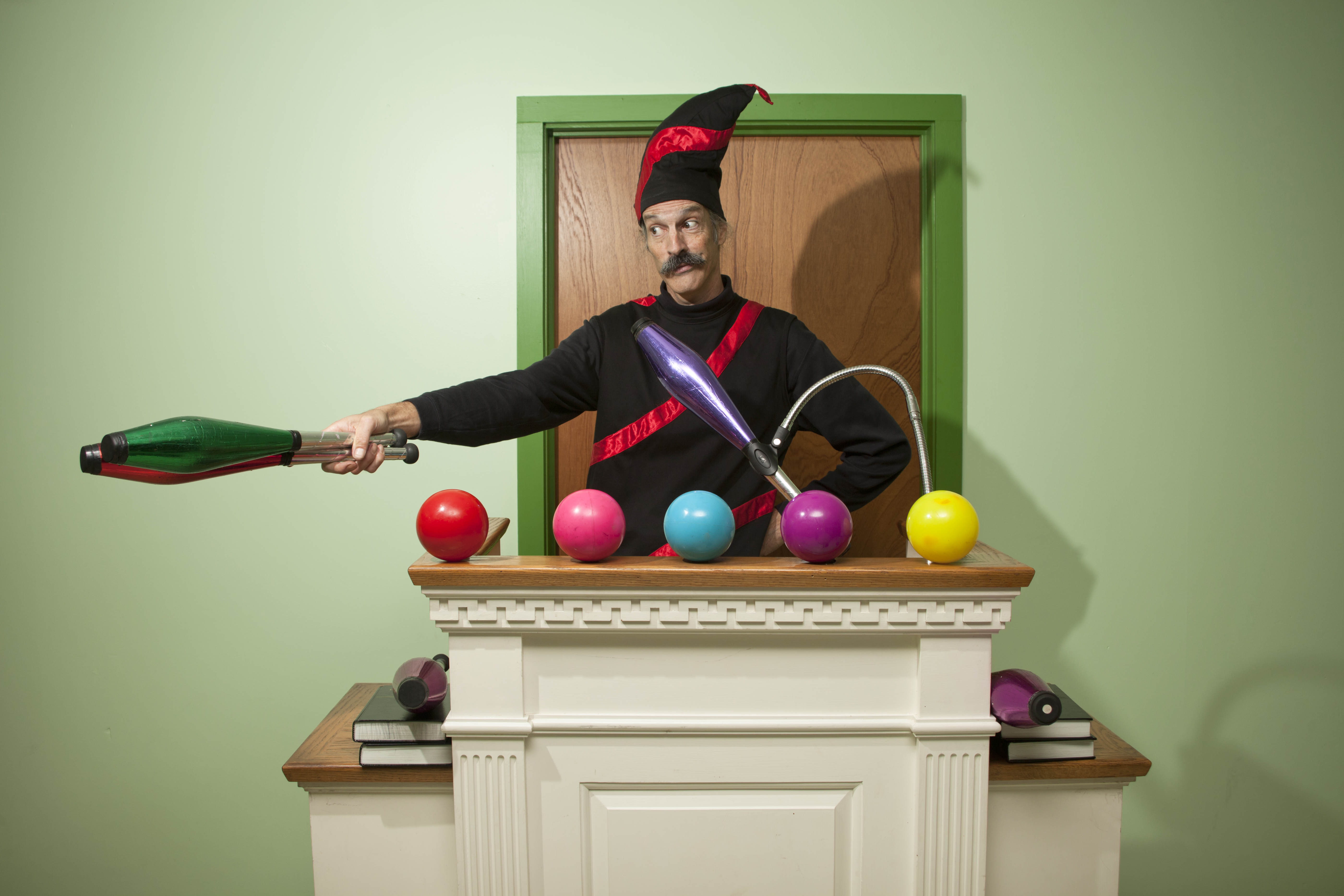 Henry the Juggler (AKA Henry Lappen) is wanted!  He is wanted by audiences everywhere for his zany attempts to defy the laws of gravity.  He juggles any number of balls, clubs, rings, members of the audience . . .  He balances strange items on the tip of his nose.  Everything is accomplished wordlessly as Henry uses body language (and road signs!) to express himself.  Caution:  Henry is known to use innocent bystanders in his act.

Henry the Juggler is a professional.  He has been seen by tens of thousands up and down the East Coast – at theaters, schools, libraries and festivals.  He has been performing for over 35 years.  He studied physical comedy at California’s Dell’Arte School and continues his development with classes in tango and yoga.  He is an active member of the International Jugglers’ Association.  His website is www.HenryLappen.com