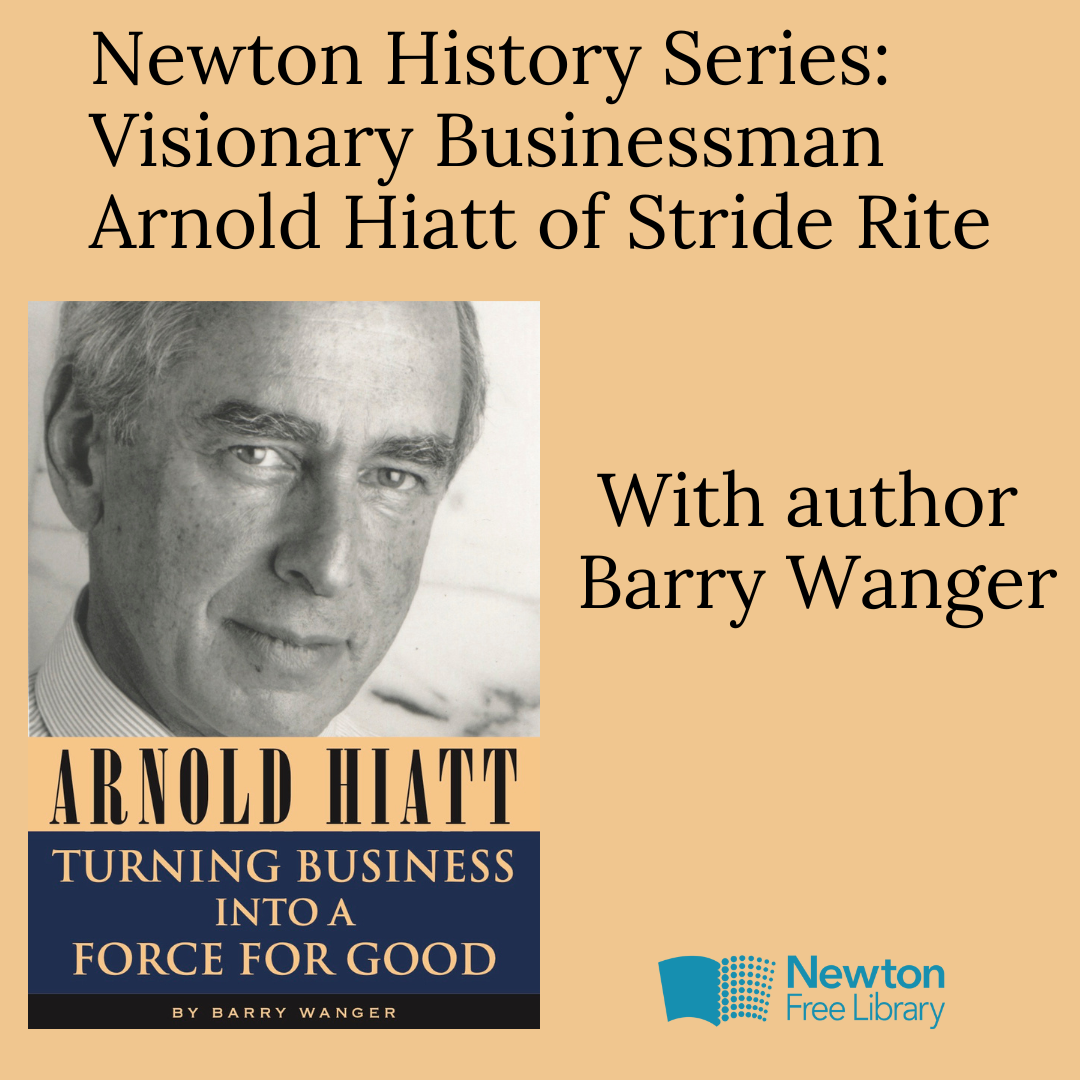 For two decades Arnold Hiatt, the president and chief executive officer of The Stride Rite Corp., was one of the most influential and successful corporate executives in the last half of the 20th century. Learn how Hiatt, a longtime Newton resident, launched the nation’s first corporate on-site child care center, led a national campaign finance reform effort, played a leading role in Sen. Eugene McCarthy’s Presidential primary campaign and more.  Barry Wanger, author of Arnold Hiatt: Turning Business into a Force for Good will give attendees an inside look at Hiatt’s amazing life. This program is part of the annual Newton History Series co-sponsored by Historic Newton.

Barry Wanger, a longtime Newton, resident is a former newspaper editor and reporter. He headed his own public relations firm for 35 years, and served as public affairs director for Brandeis University and the National Endowment for the Humanities. He was also a press secretary to major U.S. Presidential and Senatorial candidates.

If you’d like to read Arnold Hiatt: Turning Business into a Force for Good, click this link to place a reserve on the book.

Registration for this program will end two hours before the start time. The login information will be sent just after registration closes. Please be sure to check your spam folder in case it lands there.