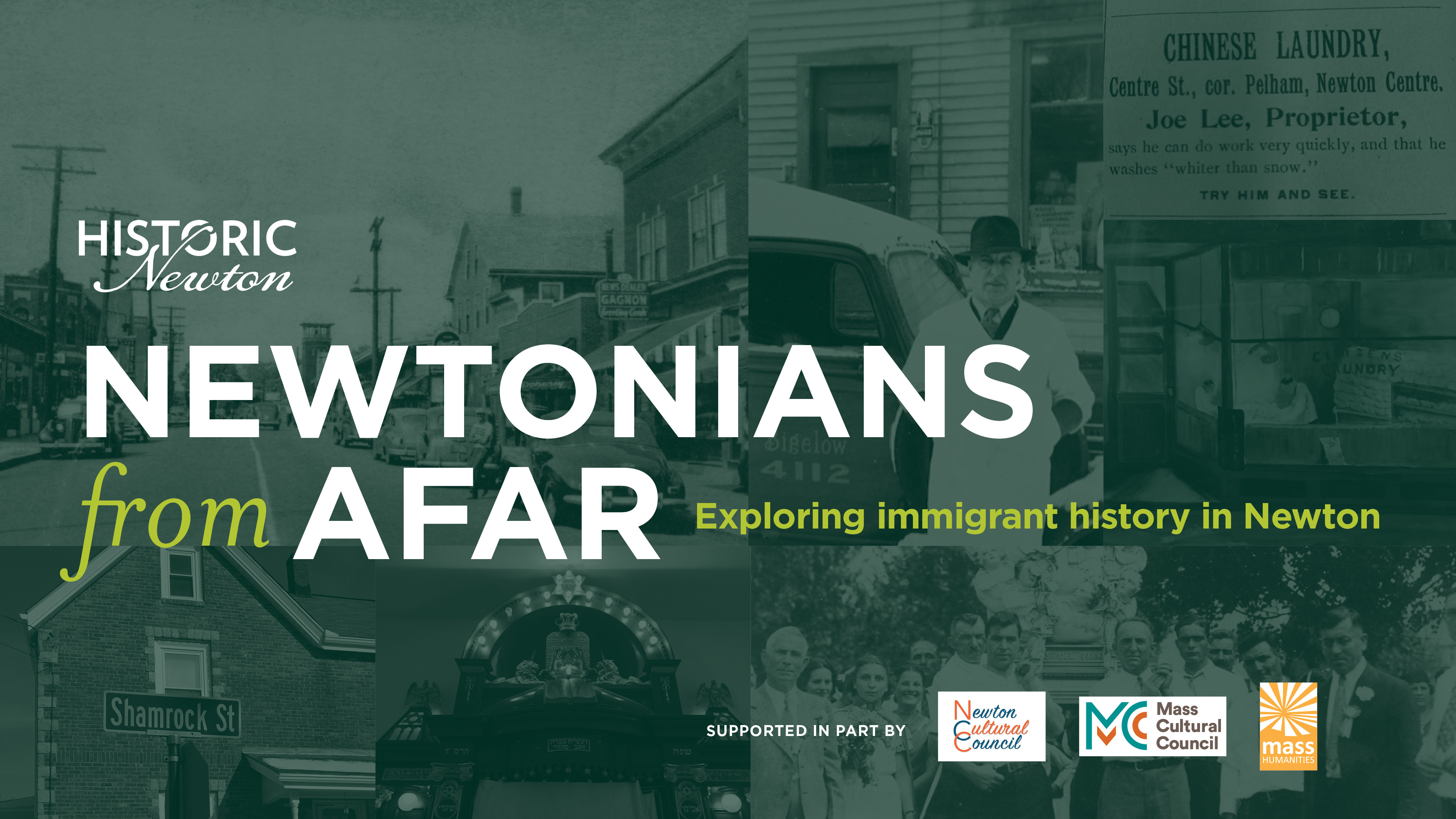 Learn about people who came to Newton from different parts of the world: why they immigrated, where they settled, and how they helped build our city. Our two-part series of videos introduces you to guest narrators telling the history of different immigrant groups. Watch excerpts from these videos and meet the narrators for Q&A afterwards. Part 1 covers Irish, French Canadian, Russian Jewish, and African American communities in the 19th century. This program is supported in part by a grant from the Newton Cultural Council, a local agency which is supported by the Mass Cultural Council, a state agency, and a Bridge Street Sponsorship from Mass Humanities. The Charles River Neighborhood Foundation also provided support. Suggested donation, $10; Historic Newton members, $5. Register here.