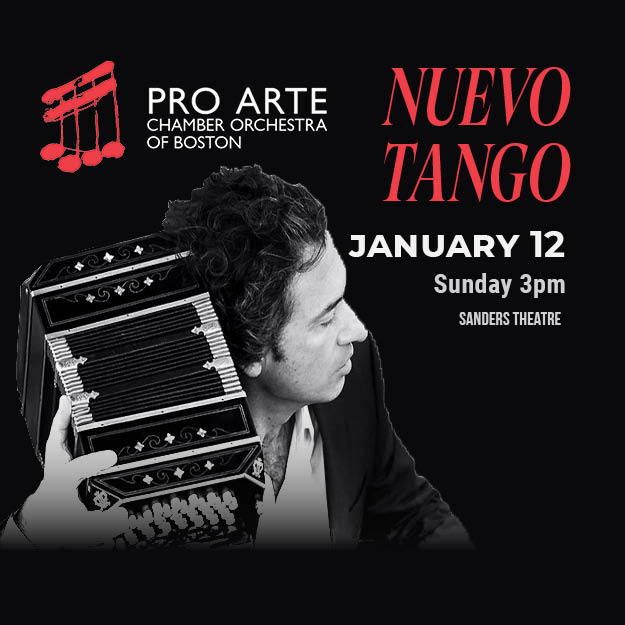 Pro Arte welcomes back Conductor Emerita Gisèle Ben-Dor for a dazzling concert of South American works featuring Argentine bandoneon virtuoso Juanjo Mosalini.  Astor Piazzolla fused the tango of his native Argentina with chromatic, dissonant, and jazzy elements from twentieth-century European and American music to create his characteristic “nuevo tango” style.  His Four Seasons of Buenos Aires is a modern reinterpretation of Antonio Vivaldi’s celebrated Baroque violin concertos for bandoneon, an accordion-like instrument essential to tango music.  As “the highest peak of Astor’s oeuvre,” Piazzolla’s publisher named his bandoneon concerto Aconcagua after the highest mountain in the southern hemisphere.  The concert will also feature the world premiere of a new work composed by Mosalini – and the concert will be recorded live for commercial release.

Tickets cost $25-65. Discounts for seniors are available. Pre-pucrhase tickets up to 24 hours before by phone or online and save $5. http://bit.ly/NUEVOTANGO