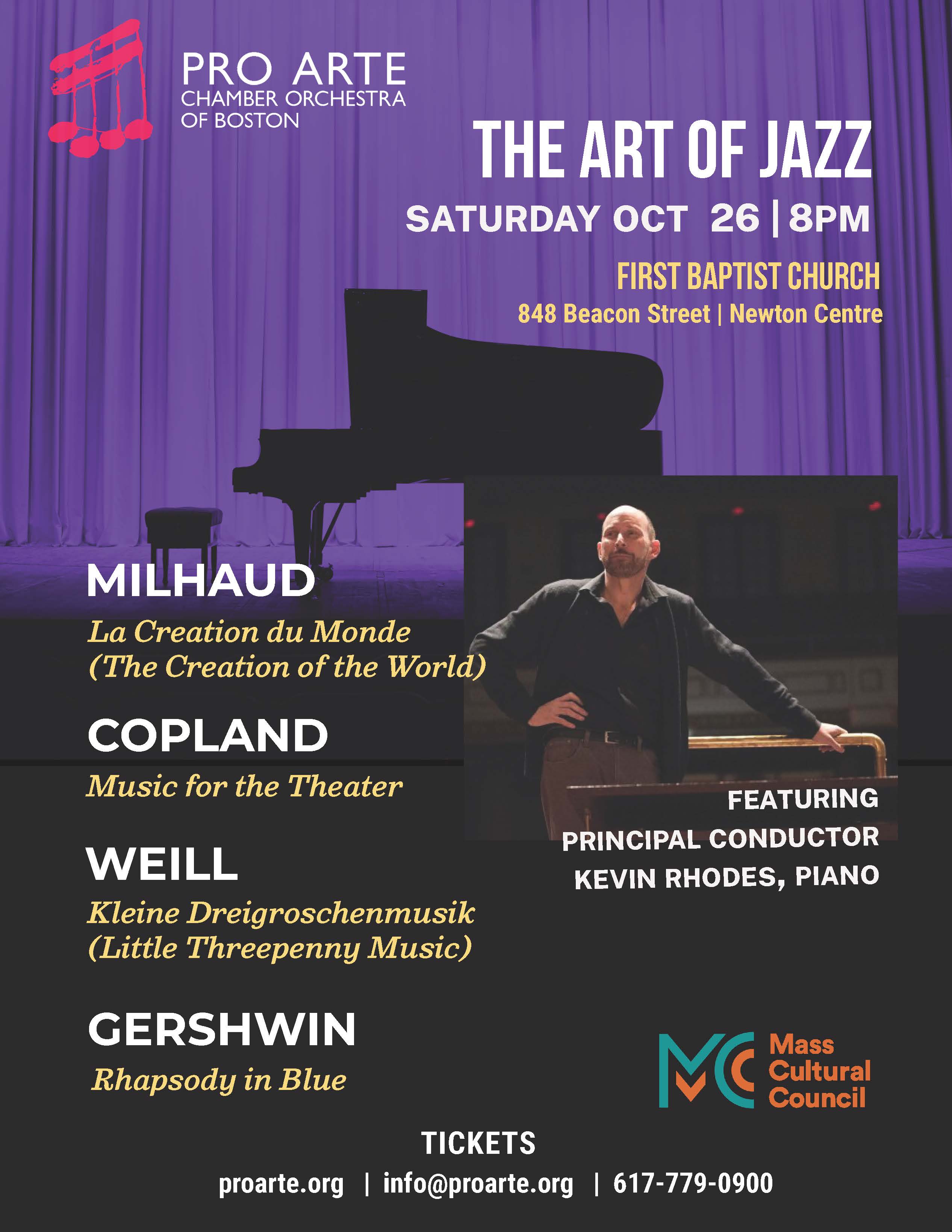 Principal Conductor Kevin Rhodes kicks off the season with a colorful program that explores how composers of art music first reckoned with a new force in 1920s American popular music: jazz.  A visit to a Harlem jazz club inspired Darius Milhaud’s ballet La Création du monde, based on African myth.  Before Aaron Copland developed his characteristic style, he used elements of jazz in compositions like Music for the Theatre to achieve a more American sound.  Kurt Weill’s sultry cabaret music from The Threepenny Opera (including the hit “Mack the Knife”) satirizes the social excesses of Weimar Germany.  George Gershwin’s famous Rhapsody in Blue, a one-movement piano concerto, will be performed in its original scoring for jazz band with Maestro Rhodes at the keyboard.