The Abolitionist Origins of the Women’s Suffrage Movement 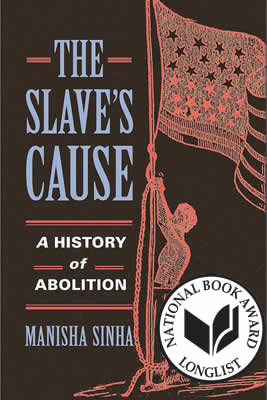 Join Manisha Sinha, Draper Chair in American History at the University of Connecticut and author of The Slave’s Cause: A History of Abolition, for a talk that will illuminate the forgotten origins of the women’s suffrage movement in the abolition movement and reconsider the break between abolitionists and some feminists during Reconstruction. Despite black disenfranchisement, the 19th Amendment eventually paved the way for black women to emerge as the most progressive voting bloc in American politics. A book sale will follow. Cosponsored by the League of Women Voters/Newton and part of the year-long celebrations of the Women’s Right to Vote Coalition of Newton.