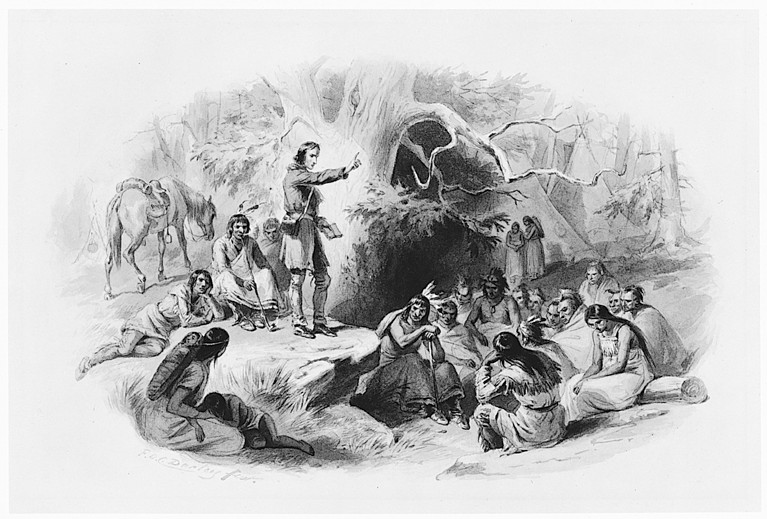 Drew Lopenzina is an Associate Professor of English at Old Dominion University where he teaches in the intersections of Early American and Native American literatures. Join him for a revealing talk on the history of John Eliot, “Apostle to the Indians,” who came to the area of present-day Newton in 1646 to preach to the local indigenous communities of Massachusetts and Nipmucs in their own language. His mission was part of an overall endeavor by the Puritans to convert the Natives of the land to Christianity. Mr. Lopenzina will touch on key matters such as what did Native people have to gain by welcoming Eliot into their community and what were they ultimately prepared to sacrifice under increased colonial pressure to adopt a foreign religious belief structure.

This program is part of the Newton History Series cosponsored by Historic Newton.