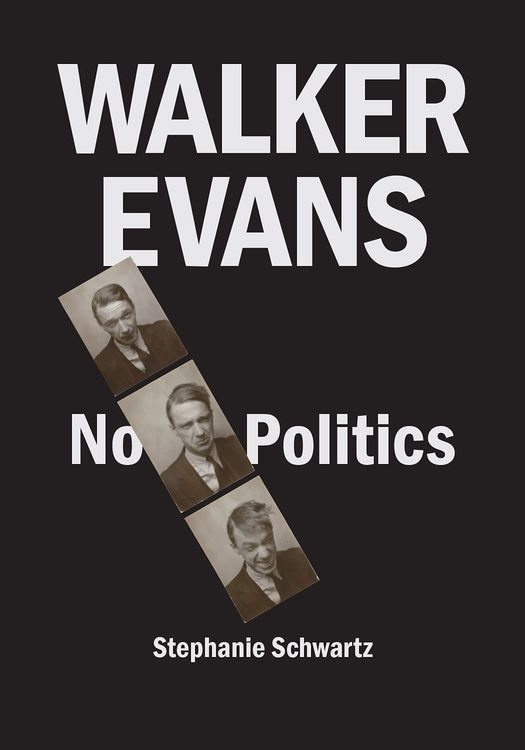 “NO POLITICS whatever.” Walker Evans made this emphatic declaration in 1935, the year he began work for FDR’s Resettlement Administration. Evans insisted that his photographs of tenant farmers and their homes, breadlines, and the unemployed should be treated as “pure record.” The McMullen Museum welcomes University College London Associate Professor of History of Art Stephanie Schwartz for a virtual presentation on her latest book, Walker Evans: No Politics (2020), in which the author challenges us to engage with what it might mean, in the 1930s and at the height of the Great Depression, to refuse to work politically.

Free; open to the public; register by clicking here.

Offering close readings of Evans’s numerous commissions, including his contribution to Carleton Beals’s anti-imperialist tract, The Crime of Cuba (1933), this book is a major departure from the standard accounts of Evans’s work and American documentary. Documentary, Schwartz reveals, is not a means of being present—or being “political.” It is a practice of record making designed to distance its maker from the “scene of the crime.” That crime, Schwartz argues, is not just the Depression; it is the process of Americanization reshaping both photography and politics in the 1930s. Historicizing documentary, this book reimagines Evans and his legacy—the complexities of claiming “no politics.”

Stephanie Schwartz is an associate professor in History of Art at University College London. Her writing on photography and film has appeared in October, Oxford Art Journal, and ARTMargins. She is the editor of Modernism after Paul Strand, a special issue of the Oxford Art Journal (2015) and the Tate Modern In Focus project on Allan Sekula’s Waiting for Tear Gas (2016). Schwartz recently finished editing a special issue on street photography for the journal Arts, which includes her essay on Martha Rosler’s photomontages and the time of protest. She is currently working on a new project on Allan Sekula’s “war work” for MACK books. Provisionally titled Allan Sekula: Prayer and Protest, the book attends to the centrality of war stories to Sekula’s work, specifically those written by the narrators of America’s Civil War.