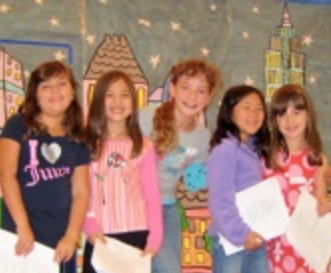 Now on Mondays too!

Due to overwhelming demand, we are delighted to announce a fourth day for Newton Youth Players! Starting on March 26th, 2018, “Bye Bye Birdie” will have another cast: Monday! The location is the same:  Newton City Hall, the time is a little different:  6:30 – 8pm. Enroll now at www.newtonyouthplayers.com

The exciting new addition to the Newton Youth Players family is the exceptionally talented team of Co-Directors: Hannah Rosenberg and Linda Goetz.

Hannah Rosenberg is thrilled to join Newton Youth Players as a director for” Bye Bye Birdie”!  Hannah has been involved in theatre since a young child and recently became a part of Newton Theatre Company as an actor and Development Director.

Linda Goetz is a professional actress, writer and director; and one of the founders of the Newton Nomadic Theater.  In recent years she was nominated for Best Actress by the Independent Reviewers of New England for her role as Lady Macbeth with the FUDGE Theatre.

Art in the Time of COVID-19 Part III