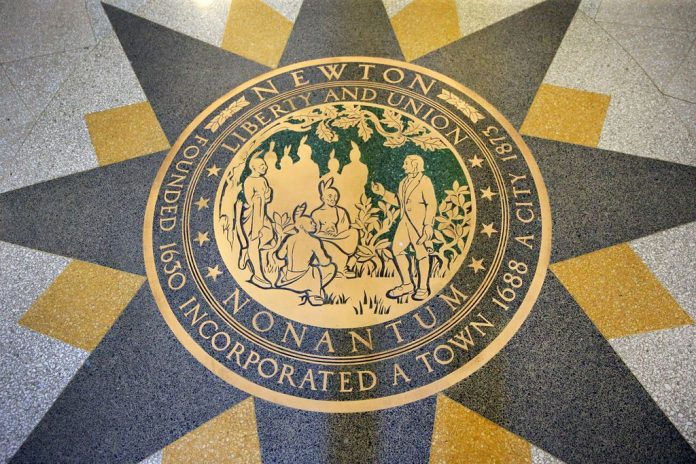 The city put together the Ad-Hoc City Seal Working Group to look into replacing the city’s official seal.   The group solicited public input, held public meetings, looked at the various problems with the current seal and made generalized recommendations for a replacement seal.   Here’s their final report.

The current seal, designed in the 1865 depicts the scene of “John Eliot Preaching to the Indians”.

Two things that I found most interesting in the final report are that the town of Natick’s seal has a near identical image and that the Newton seal has a long series of slight variations and mutations of its own seal – check out all the photos in Appendix B (pages 33-47).

The mayor has forwarded the group’s recommendation to the City Council for a vote to proceed with a redesign.  Once approved the city will hire a graphic designer to create a new seal and the City Council would ultimately vote on approving any new design.

Flutter – a Call for Artists!