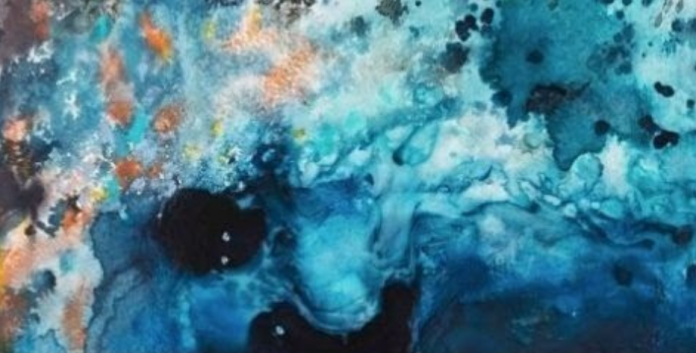 While the McMullen Museum is temporarily closed, we are providing a virtual walkthrough of Indian Ocean Current. Click on the link here to walk through the galleries, get close up views of the artists’ works on display, learn about climate change, and more.

Explore our new McMullen From Home page for more McMullen resources you can enjoy from home!

The exhibition explores the contemporary legacy of the long movement of people, things, and ideas across the Indian Ocean. The open and plural societies of the Indian Ocean world came under threat from the mid-twentieth century when decolonization created new nation-states that were divided, at times, by hastily erected borders. Today, these borders are losing their meanings as the Indian Ocean’s waters rise; global warming does not respect human-made divisions.

Indian Ocean Current probes complex and vexing questions, including: How do artists working in a variety of media make sense of the great mixing of peoples in the region’s past and present? How do they conceive of the water that linked distant shores? How do they address the borders that divide spaces that for so long were undivided? What do the rising ocean waters resulting from global warming portend for the future of the Indian Ocean and, most importantly, for its inhabitants? In the exhibition, artistic narratives are in conversation with the findings of scientists as animations, maps, films, and interviews illuminate the unusual geology of the Indian Ocean and the myriad, catastrophic effects of climate change in that region and across the globe.

The exhibition’s catalogue, edited by Prasannan Parthasarathi, with essays by experts in environmental studies, postcolonial studies, literature, and history, brings multiple lenses to bear on the work of the six artists and the complicated histories of the Indian Ocean world.

Organized by the McMullen Museum of Art, Indian Ocean Current: Six Artistic Narratives has been curated by Prasannan Parthasarathi and Salim Currimjee and underwritten by Boston College with major support from the Patrons of the McMullen Museum and Liliane and Christian Haub in honor of Marie-Liliane ’13, Maximilian ’14, and Constantin ’17 Haub.