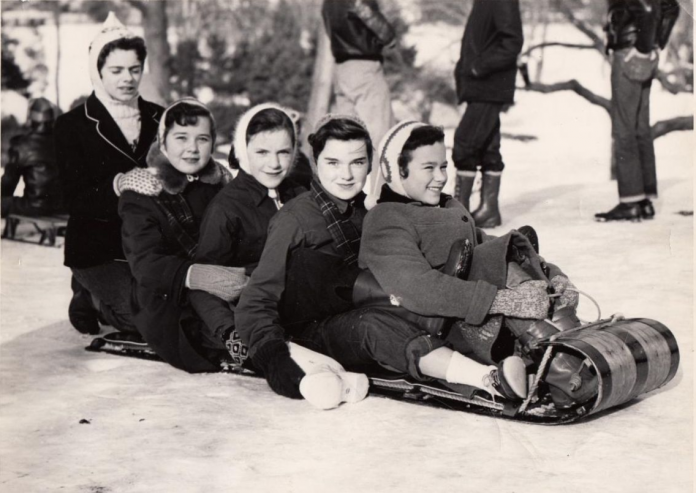 In the early 20th century, Newton became a leader in the nationwide movement to promote public parks, playgrounds, and organized sports. Programs operated year-round and included a toboggan slide at Newton Centre and public skating around the city. Our exhibit, on view through January 30 at the Newton Free Library, previews our Newton History Series lecture, “A Century of Parks & Recreation in Newton” on Thursday, January 30 at 7:00 p.m.

Summer in the Highlands at the Hyde Playground